The Cryptocurrency Market was able to attract many market participants’ attention in the global markets since it was on an upward path since the beginning of 2020.

Today, we would like to put the light on the main factor that led to the Cryptocurrency Market’s decline recently, but after looking at the performance of some leading currencies in this market.

Bitcoin (BTCUSD): Bitcoin is still the first leading currency for investors in the Cryptocurrency Market. Bitcoin has witnessed a significant increase since the beginning of 2020, as Bitcoin opened its trading this year from 7,129.29 level until bitcoin reached its peak at 10,500.00 during February. Due to the Coronavirus crisis, Bitcoin is currently down to trade at 8,919.50.

Ethereum (ETHUSD): Ethereum is one of the leading currencies in the Cryptocurrency Market, which has captured the interest of many Cryptocurrency traders. Ethereum has witnessed an upward trajectory since the currency opened its trading of this year at 127.49 until the currency reached its highest level at 286.90. Ethereum is currently trading at 227.27 level.

Litecoin (LTCUSD): Litecoin is one of the well-known Cryptocurrencies in the Cryptocurrency Market, which is monitored by many traders of this market. The Litecoin currency opened its trading this year from the level of 41.07 to reach its highest level at 84.44 during February. Litecoin is currently trading at 60.95.

Ripple (XRPUSD): Ripple is one of the leading Cryptocurrencies in the Cryptocurrency Market. Ripple currency has opened its trading this year from 0.19079 level, to reach its highest-level last February at 0.33920. Ripple is currently trading at 0.23620 levels.

What is the reason, which led to Cryptocurrency Market decline recently?

We can say that Coronavirus crisis was the main reason for Crypto Market’s decline. But if we want to be more specific, we can say that the spread of Coronavirus in South Korea and Japan has had a great impact on Crypto market’s decline. As known, South Korea and Japan come in the second and third centers after the United States of America in the trading volumes of Cryptocurrencies.

Bitcoin Tries to Cross Over an Important Resistance Zone

Bitcoin Trades in a Sideway Range

Bitcoin Tries to Cross Over an Important Resistance Zone

Bitcoin Trades in a Sideway Range 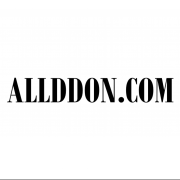 With Product You Purchase

The Leading Financial Markets Analysis Platform
Skip to toolbar
We use cookies to ensure that we give you the best experience on our website. If you continue to use this site we will assume that you are happy with it.Accept